How to Help a Grieving Friend ... personal history 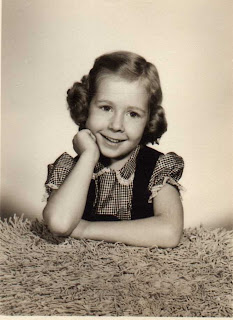 I (as in Stephanie, pictured on the right before she was published) hope you won't mind indulging me on this Monday-after-Easter with a brief announcement and a few reflections on some personal history, since the promise of Easter is very personal.
The older I get, the more I look forward to Heaven, because the list of people I get to see again grows. I particularly think about my first husband, Bob, and my own parents. Bob's parents are there, too, and this past year my grandson Barrett left for heaven before I held him in my arms as a newborn.
This past Easter Sunday, I copied parts of 1 Corinthians ... "If Christ has not been raised ... your faith is worthless; If Christ has not been raised ... you are still in your sins ... and those who have fallen asleep have perished ... BUT Christ has been raised! ... (and someday), "in a moment ... in the twinkling of an eye ... the dead will be raised imperishable ... and death
will be swallowed up in victory." I believe that with all my heart. And yet ... in the meantime ... part of being human is facing hurt and loss.
I learned a lot about grief between 1996 and 2001. In 1996, just a few days after Bob received his "terminal" cancer diagnosis, my best friend died of breast cancer. A few months later, both my parents died within six months of each other. And then, in 2001, Bob graduated to heaven.

It wasn't until after Bob had left this earth that I began to realize how terrible I was at helping grieving friends. I found myself calling them and apologizing for stupid things I'd said or done ... things that, at the time, I intended to be helpful. Things that, now that I was the one facing loss, I suddenly realized weren't helpful at all. In fact, some of my well-intentioned words were hurtful.
I joked with another widow about writing a book called Lifestyles of the Well Meaning but Clueless ... because I realized how clueless I had so often been.

Thus was borne How to Help a Grieving Friend, a little book that talks about "how it feels" to grieve and then focuses on "how to help," giving practical ways to offer meaningful help in times of loss.
Not surprisingly, it took my agent a long timeto find it a home. Why? "Well," publishers said, "we just don't do death and dying well." Which, my agent said, was exactly the point. Isn't it interesting that the one thing that every single person ever born has in their personal history, is also the thing that "we don't do well." 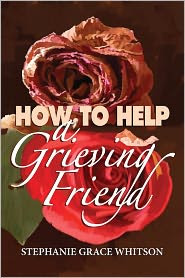 If you feel as awkward and helpless as I used to when headed to a funeral (or when I saw someone in the grocery store who had just lost a loved one), if you've wondered what to say or do, this little book can help.
Today's "personal history" blog closes with a poem I wrote many years ago as a reminder of the promise we celebrate at Easter. I hope it encourages you.
Because He lives ....
Stephanie 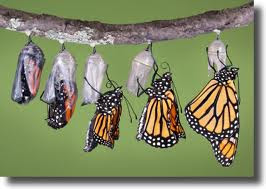 A lifeless shell (to earthly eyes) can open,
freeing its surprise to dance on a garden leaf.
Gossamer wings gently hesitate to fly.
And then, as wind abates, it flutters towards the sky.

Out of sight, it yet exists and, dancing on,
its wings persist to unseen garden leaves.
No less alive, though out of sight,
it testifies to each man's plight;
a common destiny.
For each of us must leave behind a lifeless shell.
and earthly-minded men can think, "Life's done." 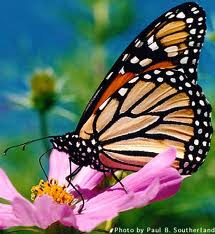 It isn't true.
Although unseen, we flutter on to gardens green with joy,
alive in Christ.
Alive in Christ, Who's dead cocoon, though buried in a garden tomb arose to give new life.
Here's hope for all in facing death:
a lifeless shell (to earthly eyes)
precedes the birth of butterflies.