Home on the Plains: Quilts and the Sod House Experience

Many years ago I had the privilege of being shown the Dowse Sod House in Custer County, Nebraska, by the gentleman who's father had build the soddy. When I asked him where he'd been born, Mr. Dowse 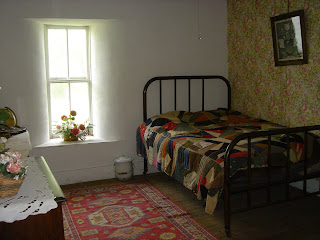 turned around and pointed at the bed pictured here and said, "Right there."
I looked at the quilt on the bed and wondered ... "What kinds of quilts did those women have?"
So I went on a search for quilts used in Sod Houses. Fellow author and textile
historian Kathy Moore joined the fray and together we combed museum collections and the Solomon Butcher photographic collection for evidence. And we found quilts and women's stories. We share some of them in the new book ... Home on the Plains: Quilts and the Sod House Experience   It's a true work of my heart and the result of years of research, miles spent driving gravel and dirt roads, untold hours in archives ... and at the sewing machine.
Co-author Kathy and I also MADE about a dozen quilts for the project, taking inspiration from 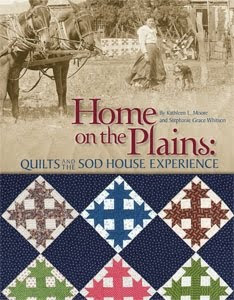 the antique quilts we discovered and creating a variety of reproductions and/or "new variations on the theme."

You'll note that the woman pictured on the book cover has spread a couple of her quilts on the fence in front of her sod house just before the photographer took her photo. What does that say about her? Did she make them? Or did the woman you can't see (seated in the wagon the mules are pulling) make them? We'll never know which member of the Comer family created these quilts, but we do know part of their story. As a woman, the most interesting "detail" to me is that Mrs. Comer had Sarah Ellen in 1872,Cora in 1875 (who died in 1876), Paschal in 1877, Minnie May in 1880, Hattie Bell in 1883, Georgie in 1885, Andrew in 1886, James in 1889, Melville in 1891, and Mary Elizabeth in 1903. Makes me tired just to tell you about it ... but that's the kind of "news" that keeps me writing stories.
In the case of this book, all the stories are true. I hope you'll enjoy meeting school-marm Susan Payne, young mother Luna Kellie, grandmother Maria Newton, and the other women featured in this book intended to be a tribute to our pioneer foremothers. The book also includes patterns for how to make some of the featured quilts. There's a sneak peek of sample pages at More info "Home on the Plains" (and a way to order an autographed copy.
P.S. I made the blue quilt on the cover (and several others featured in the book) ... but I had a lot of help with the quilting. //Steph
__________________________________
I also want you to know about a re-release of The Story Jar by author friends Robin Lee Hatcher and Deborah Bedford.

The jar itself is most unusual—not utilized in the ordinary way for canning or storing food, but as a collection point for memories. Some mementos in the jar—hair ribbons, a ring, a medallion--are sorrowful, others tender, some bittersweet. But all those memories eventually bring their owners to a place of hope and redemption in spite of circumstances that seemingly have no solution.


Isn't the idea of a jar of stories appealing? Hope you like it!

Robin got the story idea while speaking in Nebraska ... she shares the "story behind the story" ....


In September 1998, I received a story jar as a thank you gift after speaking at a writers’ conference in Nebraska. The small mason jar, the lid covered with a pretty handkerchief, was filled with many odds and ends – a Gerber baby spoon, an empty thread spindle, a colorful pen, several buttons, a tiny American flag, an earring, and more.

The idea behind this gift was a simple one. When a writer can’t think of anything to write, she stares at one of the objects in the jar and lets her imagination play. Who did that belong to? How hold was he? What sort of person was he? What does the object represent in his life? Writers love to play the “what if” game. It’s how most stories come into being. Something piques their interest, they start asking questions, and a book is born.


A week after receiving my story jar, I attended a retreat with several writer friends of mine, Deborah Bedford included. On the flight home, I told Deborah about the jar. The next thing you know (after all, what better thing is there for writers to do on a plane than play “what if”?), we began brainstorming what would ultimately become The Story Jar. We decided very quickly that we wanted this to be a book that celebrates motherhood, that encourages mothers, that recognizes how much they should be loved and honored.

The Story Jar was first published by Multnomah in 2000, but eventually went out of print. Thus Deborah and I are delighted that Hendrickson wanted to bring it out in a new, revised version because we believe these stories can inspire others, just as it did this reader back in 2001:

"I am an avid book reader and have read thousands of books––maybe more––since the age of 5. I can honestly say that [The Story Jar] has touched me more than any other I have read. I cried, I laughed, and I relearned things that I had forgotten long ago as well as realizing things I never knew. Thank you for sharing your stories with your readers. They are truly inspiring. I plan on giving it to all the ‘mothers’ in my life for Mother's Day."


You don’t have to be a writer to want a story jar. It can be a family’s way of preserving memories. Consider having a family get-together where everybody brings an item to go into the jar, and as it drops in, they tell what it means to them, what it symbolizes. We can learn something new about our loved ones when we hear their memories in their own words. Or do what my church did a number of years ago to create a memory for a retiring pastor. Inspired by The Story Jar, members of the congregation brought items to the retirement dinner to put into a story jar or they simply wrote their memories on a piece of paper to go into the jar. It was our way of saying thanks to a man and wife for all of the years they’d given in God’s service.

A story jar can be a tool for remembering all the wonderful things God has done in our own lives. As Mrs. Halley said, not all of God’s miracles are in the Bible. He is still performing them today in countless ways today, changing lives, healing hearts.


ABOUT THE AUTHORS:
Robin Lee Hatcher is known for her heartwarming and emotionally charged stories of 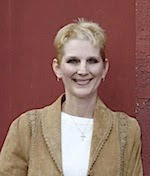 faith, courage, and love. She makes her home in Idaho where she enjoys spending time with her family, her high-maintenance Papillon, Poppet, and Princess Pinky, the kitten who currently terrorizes the household.
When Deborah Bedford isn't writing, she spends her time fly-fishing, cheering at American Legion baseball games, shopping with 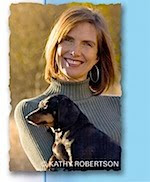 her daughter, singing praise songs while she walks along the banks of Flat Creek, and taking her dachshund Annie for hikes in the Tetons where they live.
Order your copy here:
The Story Jar
Visit Robin and Deborah at: http://www.robinleehatcher.com/  and  http://www.deborahbedfordbooks.com/
Have a fabulous week! Spring's coming!
Posted by Stephanie Grace Whitson at 1:00 AM