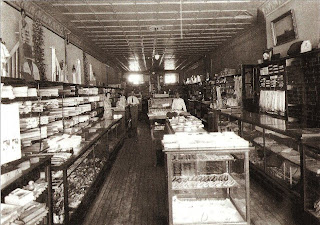 In this season of Christmas shopping we are faced with the question: Paper or plastic? Believe it or not, that familiar line has only been around since 1977. But what about when there were no shopping bags. Can you even fathom it? 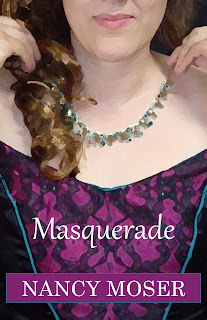 When I was writing Masquerade which is set in 1886, the story involves a department store. I needed to find out how shoppers got their goods from store to home. Turns out they often had the purchases delivered. In New York City, millions of packages a year. Free delivery became a marketing tool. And small goods were often wrapped in paper and tied. Women had trouble enough getting around town in bustled dresses and intricate hats, much less carrying around a myriad of bags.

So when was the shopping bag invented? Let’s back up. The paper bag was invented in 1852 by Francis Wolle. He and his brother started the Union Paper Bag Machine Company after the Civil War. Yet paper bags were flawed. They were often shaped like envelopes, were made of flimsy paper, had to be pasted together by hand, didn’t collapse and store easily, and their V-shaped bottoms prevented them from standing up on their own. The next improvement came in 1870 when Margaret Knight invented a machine to cut, fold, and paste paper bag bottoms.

In 1883 Charles Stilwell developed the square-bottom paper bag with another improvement: pleated sides. It was named the S.O.S., or Self-Opening Sack. Hey, I used one of those the other day at the grocery store. 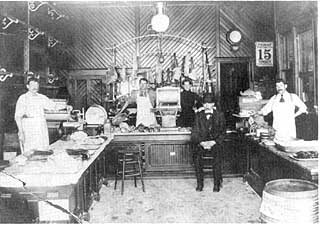 I’m going to digress about Margaret Knight a bit, because she was quite the woman. Over her lifetime Margaret had 90 inventions and 22 patents. She developed her bag-making machine when she was only 33, while working at the paper factory. The first one was out of wood, but then she developed one out of iron. But Charles Annan, a man who was visiting the factory, stole her idea and tried to get a patent on it. Instead of backing down, Margaret filed a patent interference suit against him. She spent $100 a day plus expenses for sixteen days of depositions from herself and other witnesses. Annan’s defense? He claimed that because Margaret was a woman she wasn’t capable of understanding such a complex machine. Margaret’s offense? Her detailed notes, diary entries, and trial and error samples validated her creative process. The court ruled in her favor. "I'm not surprised at what I've done. I'm only sorry I couldn't have had as good a chance as a boy, and have been put to my trade regularly." Margaret Knight was inducted in the National Inventors Hall of Fame in 2006. 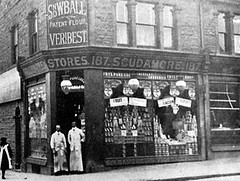 Back to the shopping bag—the real ones with handles. You see, people were restricted in how much they could buy because they were limited by what they could carry in a bag held in their arms. In 1912, Minnesota grocer Walter H. Deubner, created a paper bag with a cord running through it for strength. His bag could hold 75 pounds of groceries. He sold the bag for five cents and within three years was selling a million bags a year. That’s a lot of groceries. 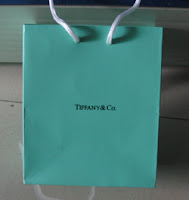 Only in the 1930’s were bags given away, and in 1933 they finally—finally—added a handle.  The Smithsonian has 1000 in their collection.  As we all know, bags became a status symbol and a means of advertising.  Who wouldn’t like to carry around a shopping bag from Neiman Marcus or Tiffany? In the latter’s case, a small bag is a good bag.//Nancy Moser
Posted by Nancy Moser at 10:03 AM 2 comments: