Ice on the wings.


That’s all it took to fell a plane. Thirty-four years ago Florida Flight 90 crashed. Those of you who are over 40 might remember the coverage of the catastrophe on TV. The flight took off in icy conditions, and because of ice of the wings, it couldn’t gain altitude. It crashed into the 14th Street bridge in Washington D.C., breaking apart and sinking into the Potomac. 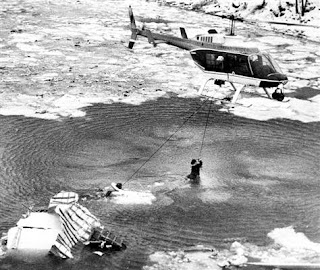 We watched as only six survivors clung to wreckage amid ice floes in the frigid water. Heroes were born that day. And one died… I’ll get to him later.

Survivors were saved by heroics from the shore, and one bystander, Lenny Skutnik, flung himself the icy water to pull a woman to safety.

And some were saved by a helicopter rescue. Don Usher, the pilot, hovered precariously over the handful of survivors, while his partner, paramedic Gene Windsor, dropped a life line to the victims in the water.  Their bodies nearly frozen, their fingers stiff, they had trouble holding on.

On one occasion, Usher flew so low that one victim was pulled onto the skid of the helicopter. So low that Windsor—standing the on skid to reach her—had his shoes covered with water. Here’s a video. 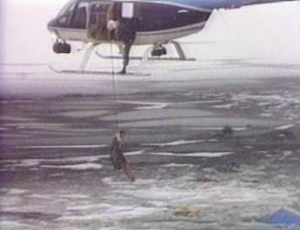 All this happened while we watched on TV. Horrified. Praying. Spellbound.

And one thing we saw—that has still haunted me these thirty years—was seeing one man repeatedly hand the lifeline to others. Over and over he gave the line away rather than save himself.

And when the others were safe, and the pilot went back for him? He was gone.

His name was Arland D Williams Jr..  He died while offering his fellow passengers--strangers--the greatest sacrifice.

Of the 74 people who died in the plane (and four died on the bridge), all but one died of blunt force trauma.

Only one died of drowning. Arland Williams. Because of that fact, they were able to identify the brave man who gave his life so others might live.

In 1983--the year after the crash--they named the 14th Street bridge the Arland D. Williams Memorial Bridge in his honor.

Here is a story on Mr. Williams.  He also has a Facebook page in his honor.  There is an Arland D. Williams Elementary school in Mattoon, Illinois, and the town has a college scholarship fund in his honor. The Citidel, a military school in South Carolina, has an Arland D. Williams Society, "to recognize Citadel graduates who have distinguished themselves through community service, heroism and bravery."  He also received many posthumous honors.


That makes me glad.  And humbled. One ordinary man who stepped up, who gave up everything . . . I'm an ordinary woman.  What would I have done in his situation? What would you do? 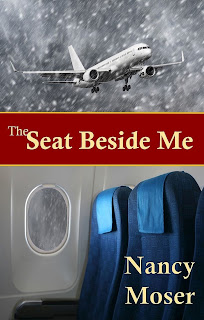 I have always been so moved by this event, and in Mr. Williams sacrifice, that I wrote a book inspired by the crash and the rescue: The Seat Beside Me. Although my characters are fictional (in deference to the survivors who are still living) I explored the humanity of the crash.  For it all comes down to this: You’re sitting in a plane, chatting with your seatmate—who is quite an amazing person. But then the plane crashes. They die and you live. Why them? Why you? How can you live with the burden of being a survivor?

Let me tell you, writing the scenes with my characters in the water, writing the scenes from the hero’s point-of-view . . . it was one of the most excruciating and emotional things I’ve ever done.  And because of that, it's the book of my heart.  My heart broke a hundred times while writing it.

But above all, I wrote it for Arland. //Nancy

Posted by Nancy Moser at 8:57 AM No comments: