Where the Millionaires Lived

Every city pushes its seams and expands outward, gobbling up land to satisfy its growing population. So it was with New York City in the 1880's. Manhattan is an island with obvious boundaries. So the initial settlements on its southern tip could only move north. The neighborhoods that started as places for the wealthy to live (around the place that's now the Lower East Side) were a bit boggy and so were abandoned for dryer land up north. After the Civil War the wealthy chose the area around 5th Avenue and the Thirties to build their mansions. This is where the rich live in my novel Masquerade. 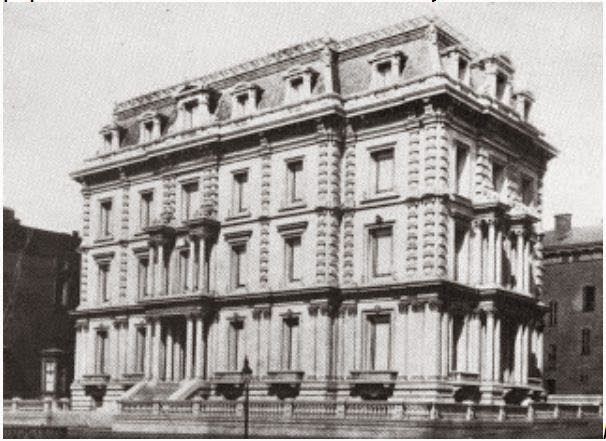 I always enjoy basing a house on a real house, and chose the A.T. Stewart mansion that sat on the northwest corner of 5th Avenue and Thirty-fourth. It took over five years to build and when it was finished in 1869 it had cost $1.5 million. In today's money that's about $37.5 million. Pretty much beyond comprehension!


Doesn't it looks like a library? It was the first residential showplace in NYC and was deemed "palatial". This is the foyer and one of the bedrooms. All rooms shown here were figured into scenes in my novel. 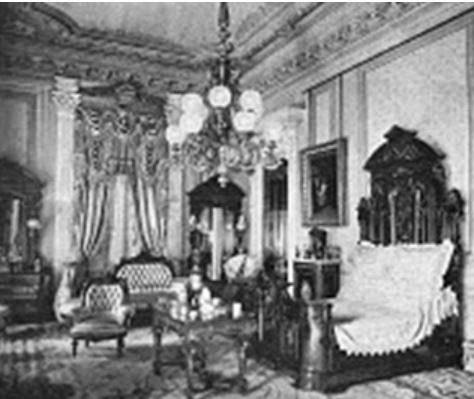 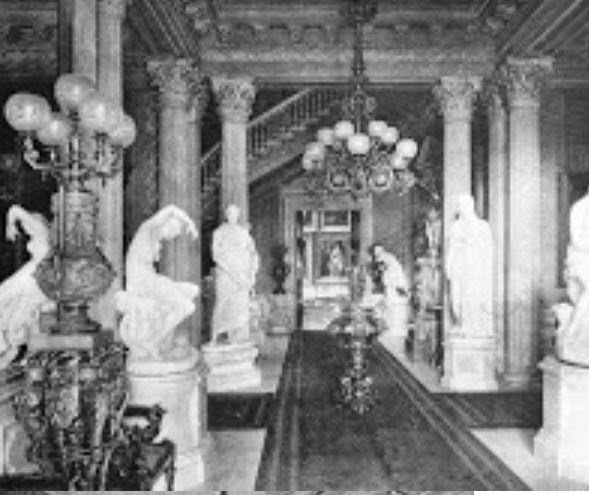 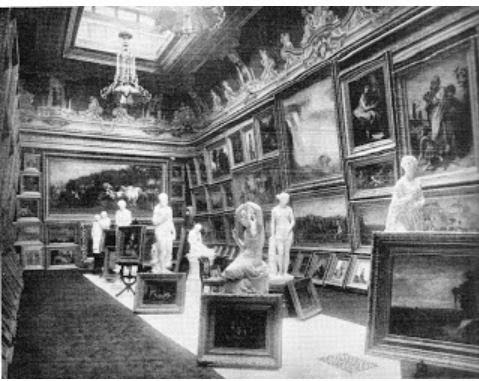 Mrs. Stewart also had her own art gallery. She had a huge collection of artwork—that she mostly kept to herself. The art room was 70' x 30' x 50' tall. She and Mr. Stewart had no children yet lived in this 55-room house. He (like my patriarch, Martin Tremaine) earned his fortune by starting a department store: Stewart's Dry Goods. I'll go through details of stores of the time in a separate post. 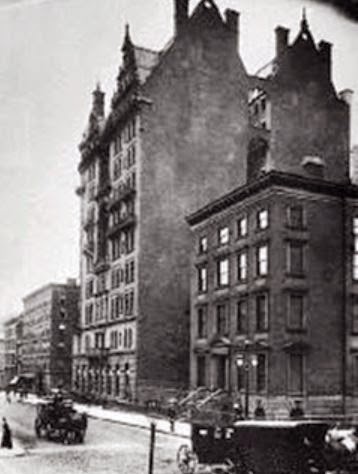 An interesting thing about the Stewart mansion is that their neighbor to the south was William B. Astor II and his wife, Caroline, or THE Mrs. Astor. She was the head of New York society and her approval or disdain had the power to make or break people. And yet her house was a fairly simple brownstone. Here's a picture of it in 1897. It's the small building on the right. On the left is the original Waldorf-Astoria Hotel. It was built by William Waldorf Astor on the site of his family home after he decided to move to England permanently in 1891. It was built in great part to annoy his Aunt Lina who lived next door. A family feud over who was the head of society and all that.

As early as the 1870's, the encroaching commercialization of the area led the social set to move north to Fifth Avenue and the "Fifties" to build their houses. The bigger the better. The upstart Vanderbilt family created mansions that made the Stewart house look like a guest house. Some of these mansions remain--with new uses, but the Stewart mansion was demolished in 1902. Progress, you know.

And what now sits where the Astor brownstone and the old Waldorf-Astoria sat? The Empire State Building.

If you'd like to read more of my Gilded Age novels, try the sequel to Masquerade, called An Unlikely Suitor,  and A Bridal Quilt, which is in the novella anthology A Patchwork Christmas.  //Nancy Moser