If you are new to "Footnotes from History," this will be a new post. If not, then you may remember is from last year ... but I still need the reminder (as I plan Easter baskets for my grandkids). If you are like me, you often re-read books or re-watch movies. I hope you won't mind a re-run here.

Next weekend we'll be commemorating the single most important event in all of human history. A first century itinerant teacher's death. But don't forget the rest of that bit of history. Jesus wasn't just a great teacher. He also created the known universe. He was the only One who could solve my sin problem, and He did it ... and then He proved it by leaving the empty tomb. Imagine. Climbing out of one's own grave. The ultimate "it is finished." I've spent a great part of my adult life trying to wrap my brain around that concept and I just can't do it. Faith has to step in at some point, because it just isn't humanly comprehensible. Which is OK by me. Who needs a God they can explain.

Listening to this song makes me think of  the apostles gathered in a dark place. Hiding away ... and wishing they could see a way through the darkness that descended with Jesus--their hope--lay in a tomb. Thought I'd share that song with you as part of this unconventional post. 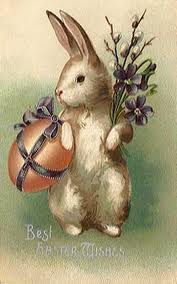 In these approaches our celebration of His resurrection, may you

Posted by Stephanie Grace Whitson at 10:51 AM No comments: