Mary Riggs and the Dakota War of 1862

Last week I talked about a few of the pioneer women I’ve “met” who encourage me when I feel discouraged. This week I thought I’d share a little more about one of those women and how her story ended up in one of my stories. Her name was Mary Longley Riggs. I “met” her one day when I was browsing biographies at the library. An old book drew my attention, “oldstufflover” that I am. The title gave me goosebumps. I’d been researching the Dakota War of 1862, but I’d finished for the day, browsing and creating an ever more impossible “I want to read this someday” list. (Do you have one of those? I bet we all do.) 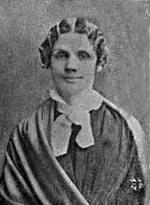 Well. That old book? Mary and I, Forty Years with the Sioux, an autobiographical account of Mary and Stephen Return Riggs, who “just happened” to be a missionaries among the Dakota Sioux during the Dakota War of 1862. Within the pages of that book, I met yet another woman who is on my list of “invite her to coffee in heaven someday.”  (Do you have a list like that, too? Mine keeps getting longer. But I’ll have time. Ha.)
What made me admire Mrs. Riggs more than anything was the fact that she willingly stepped WAY out of her personal “comfort zone” to answer God’s call on her life. She’d attended schools in Massachusetts and begun to teach when only sixteen years old. Eventually, though, she was teaching “in the west” when “the west” meant Ohio. In Ohio she met Stephen Riggs. The couple eventually journeyed into “the far west” and begin housekeeping in a 10 x 18 foot room on the upper level of a log dwelling at Lac Qui Parle, Minnesota. Mary wrote, “We fixed it up with loose boards overhead, and quilts nailed up to the rafters, and improvised a bedstead … that room we made our home for five winters … there our first three children were born … and there, with what help I could obtain, I prepared for the printer the greater part of the New Testament in the language of the Dakotas.”

The work of white missionaries among Native Americans is a subject of controversy, and I understand that, but I still admire Mary Riggs. The Riggses didn’t force their students to abandon their language. Instead, they translated God’s Word and wrote text books in Dakota. Dakota men risked their lives to see the Riggses to safety during the Dakota War. Those heroic efforts inspired me to create Daniel Two Stars, the Dakota hero of my Dakota Moons series.
Mary Riggs had a difficult time learning another language. She was made fun of more than once for it. That had to have been hard for a young woman who had once taught school in Ohio. Her first home in Minnesota burned to the ground, but Native women came to help, sharing what they had with the young mother from a different world. Mary Riggs raised several children, most of whom also became missionaries—a daughter to China and others among Native Americans in the West.

A few years ago, I received a call from a member of the Gideon Pond Society, asking me to come to Minnesota and speak on my research (Agnes and Gideon Pond were early missionaries in the area as well). It’s a great memory, and I’m thrilled that my three novels, which have been out of print for a long time, will soon be back IN print and available as ebooks. (Valley of the Shadow, Edge of the Wilderness, and Heart of the Sandhills all feature Genevieve LaCroix, a half-French, half-Dakota student at the Dakota Missions and her true love, Daniel Two Stars.)

Here’s Kitty parked in front of the Gideon Pond House in Minneapolis. What would Mrs. Riggs and Mrs. Pond have thought of that!

Hope your Father's Day weekend is going well and that our Heavenly Father blesses your day.
--Stephanie
Posted by Stephanie Grace Whitson at 3:00 PM