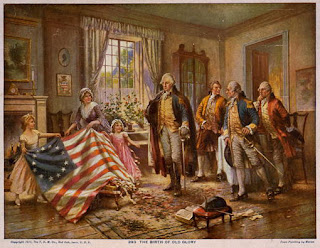 As I celebrated the Fourth of July this past weekend (at the Mississippi Valley Blues Festival on the banks of the Mississippi River in Davenport, IA), the usual swell of patriotism and thankfulness had me thanking God for the great blessing of being an American. But then, as I thought about blogging today (thanks, Tracie, for inviting me), Abigail Adams’s words came

back to me. In a letter to her husband, John, in March of 1776, Abigail wrote, "I long to hear that you have declared an independency. And, by the way, in the new code of laws which I suppose it will be necessary for you to make, I desire you would remember the ladies and be more generous and favorable to them than your ancestors.

“Remembering the ladies” is a large part of what many women writers do when we create our characters. We remember—and celebrate—the uniqueness that is woman.

I’ve been working on my master’s degree in history, and I think that, by now, the word is out that professors c

an expect Stephanie to always have something to say about the women. But, honestly…too many history texts don’t remember the ladies! Just last week an intensive class on the Bill of Rights made the point that the Constitutional Convention ended up taking months, and that meant that the men involved were away from home for months. The emphasis was on their sacrifice … my thoughts were of the women back home running the farms and family businesses while their husbands were away.

When Abigail wrote John, he and his cohorts were fleshing out a certain document that, when they signed it the following July, would change history for us all. I love the obvious affection that resonates in John’s reply to Abigail’s request. “ … your letter was the first intimation that another tribe, more numerous and powerful than all the rest, were grown discontented.” (He had no idea!) He goes on to write, “Depend upon it, we know better than to repeal our masculine systems,” and adds further that “in practice, you know we are the subjects.” He further teases Abigail about the “despotism of the petticoat.”

Here’s to the historians and novelists who answer Abigail Adams's call to "remember the ladies." 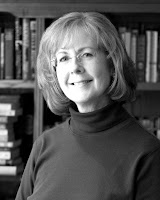 Recent reads of mine introduced me to Martha Washington via Nancy Moser’s Lady Washington; southern girls during the Great Depression in Elizabeth Musser’sThe Sweetest Thing and Judith Miller’s Amana women in A Place to Belong. My new release A Most Unsuitable Match takes a well-to-do young woman to the end of a steamboat journey and, consequently, to the end of herself in Fort Benton, Montana.