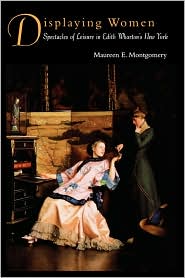 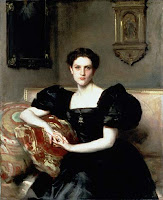 And honestly, it's all those things. But the book is also very true to life. For in the Gilded Age—the last few decades of the 19th century—women of society were on display. Gowns and jewels were visible evidence of their husband's success and their position in the world. Hey, if I had those clothes and jewelry I’d want to show them off too. And lounging around in a room decorated with gilt furniture and paintings by the Masters sounds relaxing. 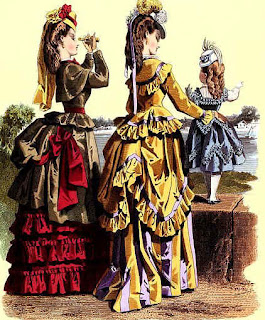 The reality was anything but, because there was a catch:  women were trapped. They were expected to be pretty baubles on display. In fact, their status came about because they didn’t have to work. Being a woman-of-leisure was a position to be held, to be attained. Without aristocracy of our own, Americans found a sense of nobility in the outer trappings and in attitude. The attitude was based in the fact that the rich were in control of the most precious human commodity: time. Middle- and lower-class women worked. Hard. Twelve hours a day, six days a week. Their family’s survival demanded it. If they didn’t have jobs away from the home, they toiled at raising a passel of children under stressful and limited conditions. So to not labor, to not work, to not have to take care of their own children . . .  What the rich women possessed was an unlimited expanse of free time.  That was their most enviable luxury. 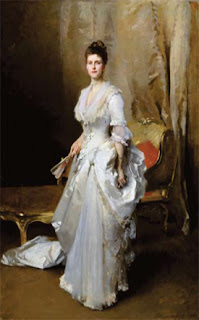 Etiquette stated that “deference be shown to women as a sign that the United States had a civilized society.” Deference involved putting them on a pedestal, treating them as china dolls, a prize gained as a result of the men’s hard work. Men controlled the money. What did women control? Society. They were the gatekeepers. No one entered without their nod, and people could be ostracized with the mere act of looking away. Newcomers went through an intricate process of vetting. It “included being sponsored by someone from within the ‘inner circle’. This was followed by introductions to members of society through a series of calls and, then, if the aspirants passed this stage, invitations to private and semipublic entertainments, such as dinners and subscription balls.” Hoops, hoops, and more hoops to jump through. 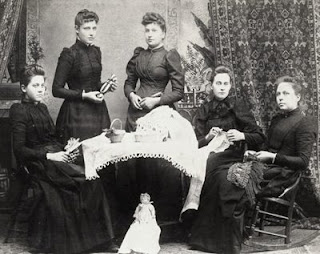 Charity was women’s work. Where in Europe charity was a family affair, in American upper class society, men made the money and women spent it—and dispersed it to good causes. Which in turn gave them status. Making small needlework items to sell in charity bazaars was an acceptable pastime. 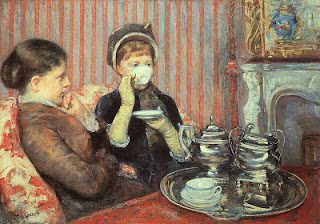 Every moment of a wealthy woman’s day was regimented. From the moment she arose, the clothing she wore for morning, afternoon, dinner, the opera, a ball . . . it was all determined by those matrons of society who’d come before, women who decided what was what and who was who. Women’s lives lived by the “tea”, the “luncheon”, and going on “calls”—and leaving cards. There were strict rules of protocol that applied to each occasion. For instance, formal calls were between 3-5 p.m. and then for only fifteen minutes. And “When a married woman called she left her husband’s card as well as her own, and this was understood to imply that the husband was participating in the courtesy of the call. Mothers would also leave the cards of sons.” Men were not supposed to have time to “call”. 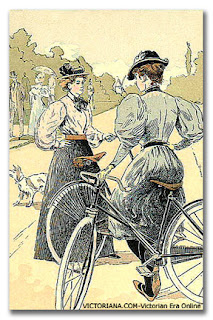 Rules about hem length, gloves, conversation, thank you notes… it was a full-time job for the women to keep abreast of all the do’s and don’ts. There are scenes in the movie, “Age of Innocence” where the rebellious Ellen creates a stir when she dares to cross a room to talk to a gentleman, she crosses her leg and reveals her ankle, and she smokes a cigarette. When bicycles first became available to women, the female riders often suffered ridicule and were called whores. I think any activity that showed women gaining independence made men nervous.

This is just a sampling of the fascinating information in Montgomery’s book. I heartily recommend it—to enjoy in  your leisure time. Link to "Displaying Women" book